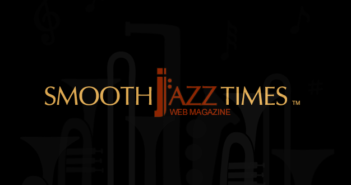 Recording artists join in support for guitarist Jeff Golub who suddenly lost his vision a few months ago. Find out how you can get involved.

Porter’s Jazz Cafe in the heart of downtown Little Rock, Arkansas was filled with smooth jazz, a little R&B, and straight ahead jazz on Wednesday during a stunning Holiday Extravaganza featuring 17 year old smooth jazz violinst Lexington Porter. The event was a fundraiser for Art Porter Music Education, Inc. A foundation that connects the youth to music. Check out the story inside!

Smooth Jazz Saxophonist Kim Waters drops a smashing new CD on October 25, 2011. “This Heart of Mine” is mixed with jazz and R&B! Waters is a mastermind of creating soulful sounds. SmoothJazzTimes.com’s Kim Betton talked with the jazz great about his latest project and more!
Details Inside!

Basia releases a live album and embarks upon a concert tour across America! Check out the details inside!

N’dambi’s debut CD on Stax garners a Grammy nomination and scores tops with fans. The Smooth and Suave vocalist talks with SmoothJazzTimes.com’s Patricklee Hamilton. The story inside!

SureWill releases new cd “Out of the Shawdows.” More inside!

By Kim BettonSeptember 19, 2011
JAZZ PIANIST WILLIAM HALL IS COOL ON THE KEYS IN "DREAMING AFTERDARK"

He’s “Up and Coming” as he glides across the piano keys with his latest CD “Dreaming Afterdark.” SmoothJazzTimes.com’s Kim Betton caught up with jazz pianist William Hall. Check out the interview inside!

After releasing six albums on his own independent label, BASS-mint Records, keyboardist Jeff Logan decided that he would raise the stakes on his “lucky number seven” album. By day, the prolific songwriter, who produces and performs all the instruments on his records including piano, keyboards, guitar, bass, percussion, drums and drum programming, serves as an administrator in the Prince George’s Detention Center in Maryland.
More Details Inside!

Keiko Matsui was in Tokyo visiting family during the deadly tsunami and earthquake on March 11. Matsui is grateful to be alive and for the global support for her homeland. She’s using her music to help rebuild and restore faith. SmoothJazzTimes.com’s Kim Betton talked to Matsui from Tokyo and during her visit to Washington, DC.
The heartfelt story inside.

By Kim BettonApril 11, 2011
STOP THE DEMOLITION! Help Save the Elvin Shephard House

The WNY and MMP are in the first stages of bidding on buying the house that is still on the demolition list, even though we blocked it from being torn down in July 2010.

Elvin was born in Alexandria, Virginia in 1923, but his parents brought him to Buffalo when he was three and with the exception of times he spent in New York City and on the road with name bands, Buffalo was home ever since. It?s where he and his wife the former Alma Wilkins of St. Louis raised six children …