The stage was sizzling last night at Yoshi’s Jazz located in historic downtown Oakland, California – with Eric Darius in a right-on jam session concert. The jazz genius wowed the packed venue with a burst of energy that lasted all throughout the show. Adorning the intimate stage setting in a sparkling jacket, black casual jeans, black loafers, and his bountiful saxophone, Darius gave the fans a variety of mixed jazz and hip-hop sounds from his collection of albums created throughout his illustrious career spanning from 2008. In particular, he told the crowd that he is proudly playing tunes from his own record label that he recently launched called – “SagiDarius” appropriately named after Sagittarius – the zodiac sign of his birth month. 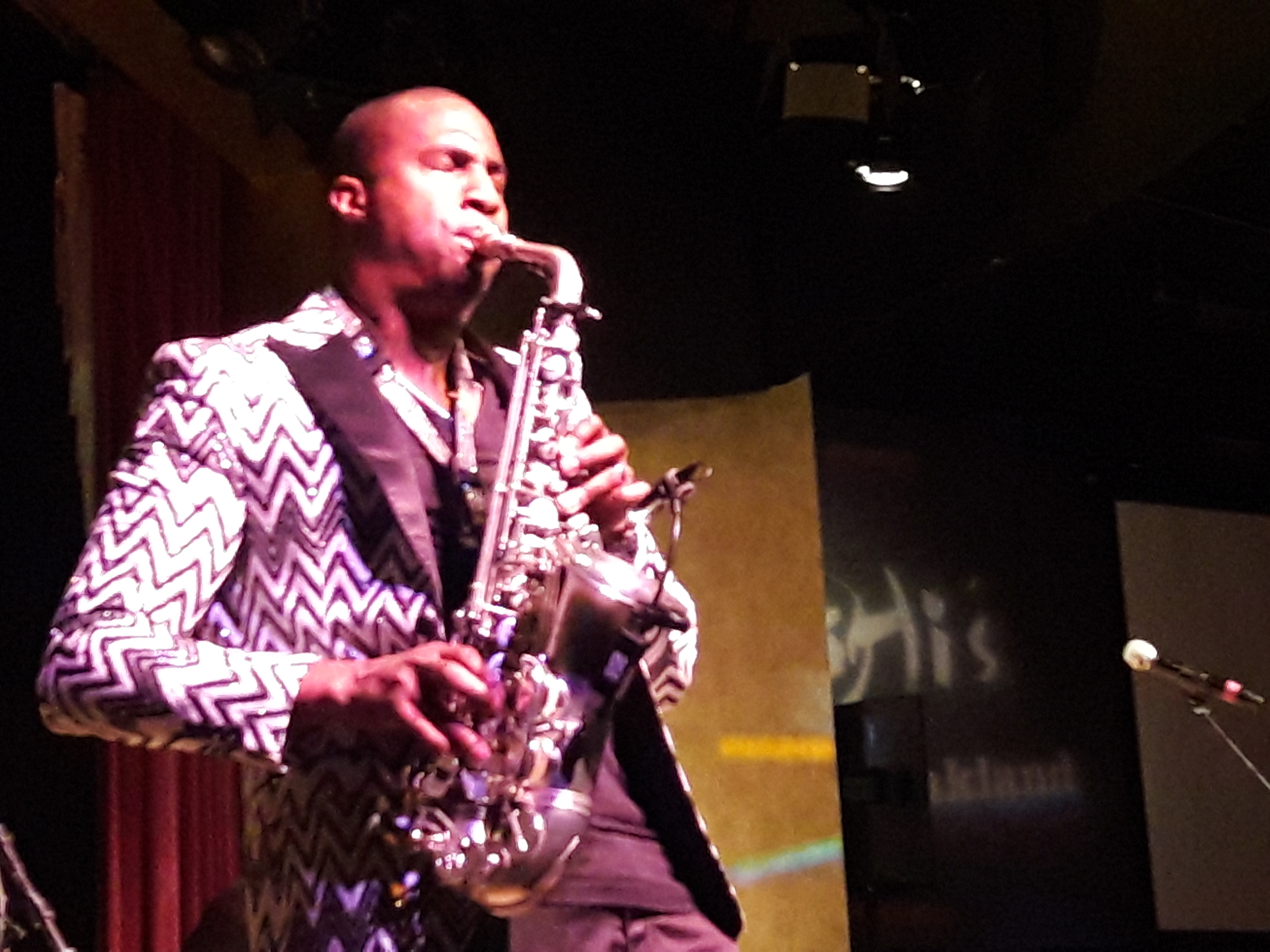 Eric Darious in concert at Yoshi’s Jazz in Oakland, CA
Photo by SmoothJazzTimes.com

Darius shared that he believes in supporting the youth – and that’s why he gives back in his “On A Mission in Schools” initiative where he visits elementary and middle school students across the nation to encourage them to get involved with music, and to remind schools about the value of music education.
Showing 1 of 1
Share. Twitter Facebook Google+ Pinterest LinkedIn Tumblr Email
Previous ArticleTrue Soul Records Tribute – Remembering Jazz, Funk, Blues and Soul Pioneers of Arkansas
Next Article Urban Jazz Pianist Kayla Waters on Chart Topping Success, New Music and Spirituality