It was a one-of-a-kind concert that was so powerful – honoring the record label’s musical giants and other pioneers of jazz, blues, funk and soul…dating back to the early 1960s.

Pioneers such as Little Rock’s own musical icons Thomas East, John Craig, the late great TeRoy Betton, Jr., and of course the guest of honor Lee Anthony – owner and creator of True Soul Records – were among those recognized.

“I always wanted to record music from when I was a young boy,” Lee Anthony told the crowd of spectators during a lecture series prior to the concert. “Music has been in me all my life. It has been an honor to manage and record such great geniuses in Arkansas,” he said. 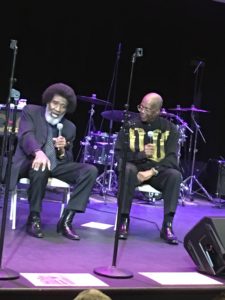 The brainchild behind the big event is Lee Anthony’s son, Tim Anthony – a maestro musician himself who says he was originally approached by “BIG” John Miller of CALS’ Arkansas Sounds Music Series to bring the honorary concert to life.
“It’s important for us to preserve jazz here in Arkansas,” Tim told SmoothJazzTime.com. “We wanted to bring people together to celebrate the True Soul legacy and to inspire others to live out the dream,” – Tim Anthony

From his keyboards to vocals, to the emcee mic, Tim directed the show on the stage floor with a burst of energy – exciting the audience while reminding everyone that the past is powerful and serves as a springboard for young and aspiring musicians of today. Other participating artists expressed their appreciation to True Soul Records, and a host of musical legends for helping to shape their musical careers and instilling in them pride to become the best they can be. 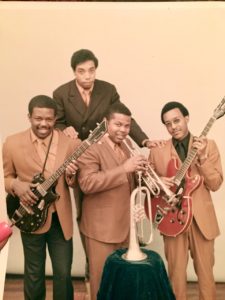 Tim also invited sons and daughters of some of the musical giants to share their talents. Tonya Leeks, whose mother is the late great gospel singer Loraine Leeks of the group – The Loving Sisters and Tonya’s aunt Anna James (also apart of the gospel group) were recognized during the tribute concert as well. Tonya shared her multi-talents on flute, saxophone, and vocals. Pioneer John Craig’s 16 year old son, John Jr. was jamming on keys; and yours truly — Kim Betton – daughter of TeRoy, Betton, Jr. and former Little Rock Anchor/Reporter at KARK 4 and FOX 16 News, sang an up-beat tempo version of the jazz classic “Misty,” (one of my father’s favorite songs!).

The stage was full of band members who were ecstatic to celebrate True Soul’s profound musical legacy. Participating artists include:

“The spirit was flowing through this event. The turnout was excellent – now let’s carry on the torch to continue the journey,” expressed Tim.

“My sister, Sherri Lynn and I are so thankful to Tim Anthony, Mr. Lee Anthony, True Soul Records and the entire team for remembering our father, TeRoy, Bettor, Jr. and all the other great legends during this night of honor for True Soul Records. We remember growing up in Little Rock and daddy taking us over to Soul Brothers Record Shop – where True Soul Records began in the neighborhood of historic Little Rock Central High School. We went nearly every Saturday to buy the latest hit records that we’d hear on the radio. We‘d run home, turn on the record player, plop on that 45 or album and sing along with the music!

In addition to watching our dad practice his horn & other instruments, writing music in his home office, and teaching music lessons to others, (including the late great saxophone recording artist Art Porter, Jr.), Soul Brothers Record Shop, Mr. Lee Anthony, and the other local musical giants are indeed an inspiration to me, and so many others. Thank you, Mr. Anthony. True Soul is a blessing. Keep the music coming!”
– Kim Betton